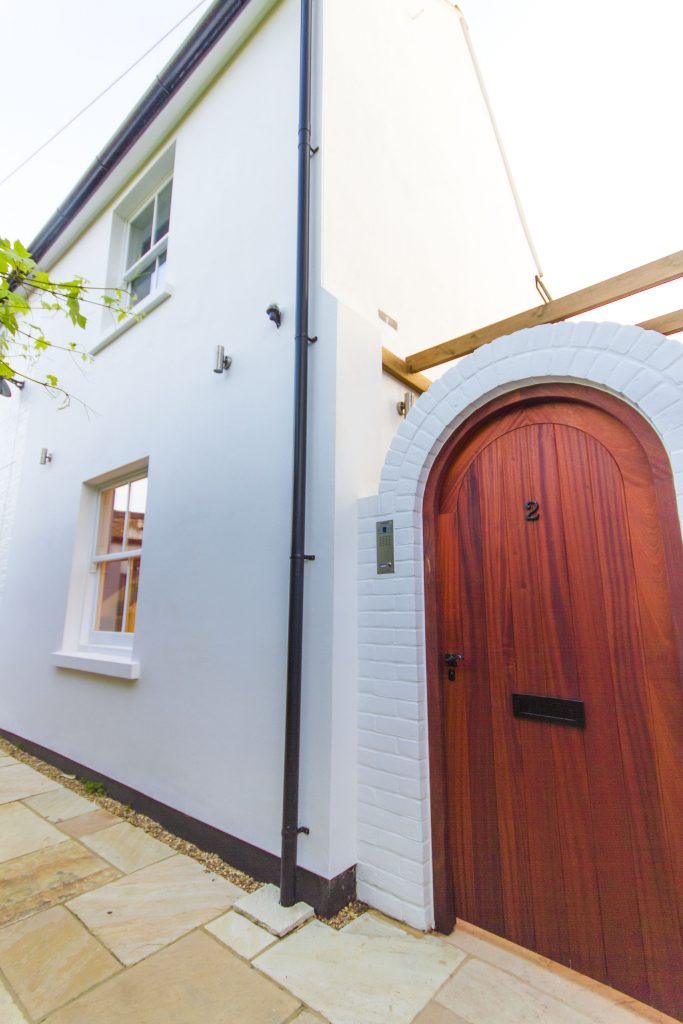 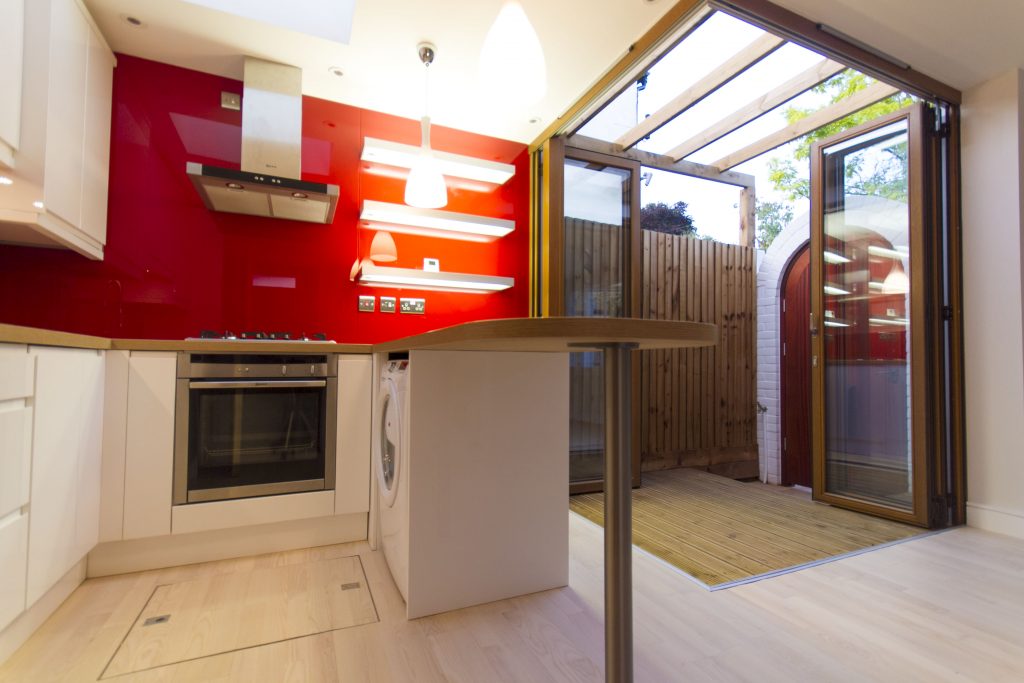 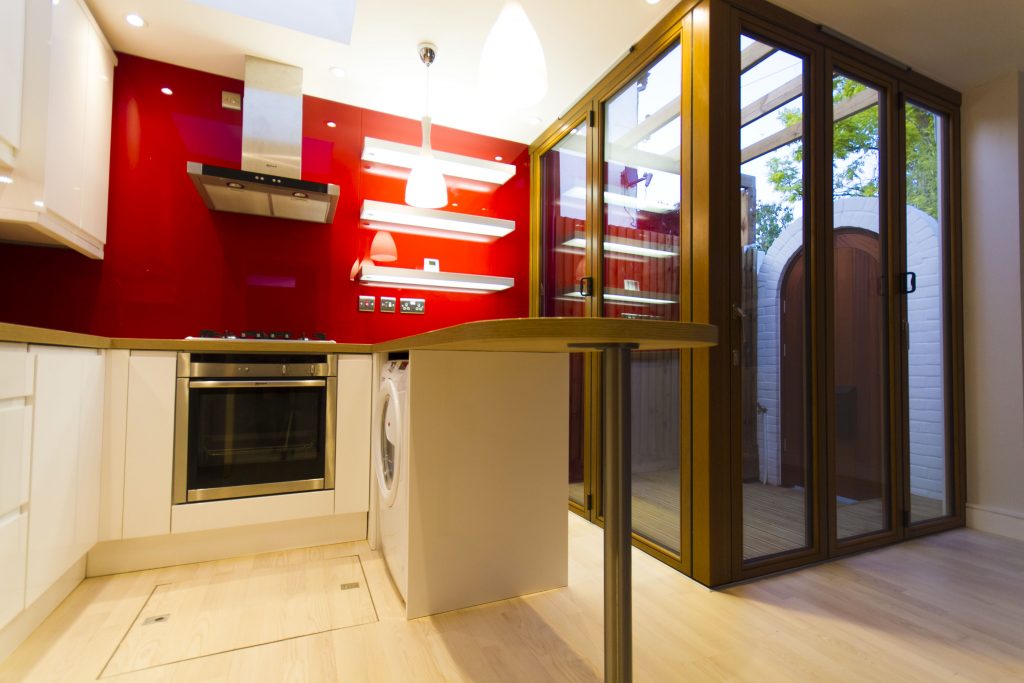 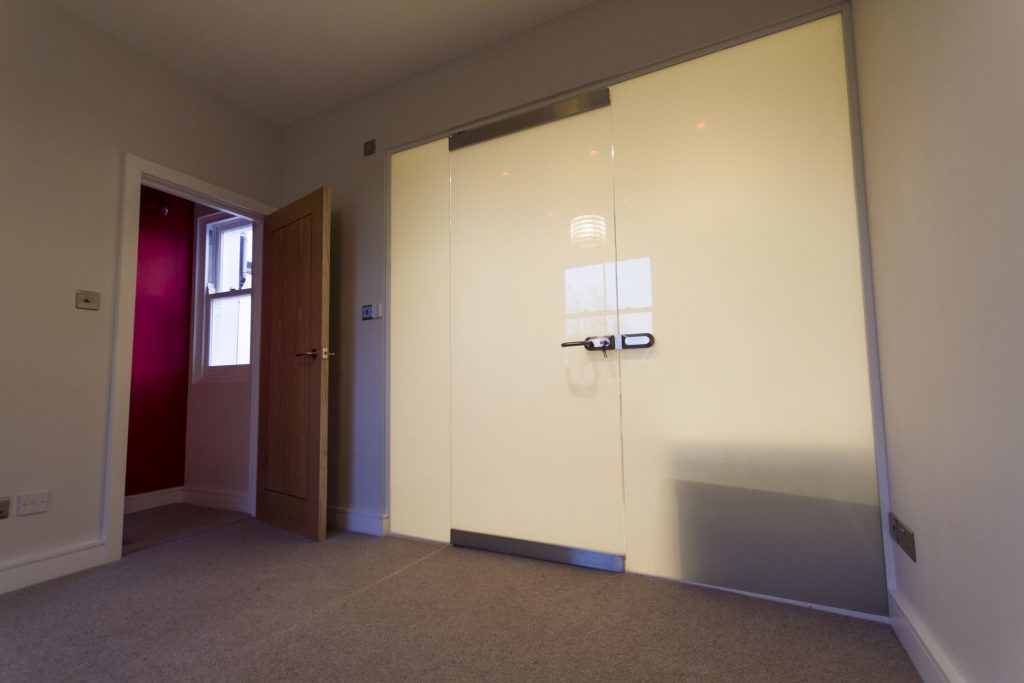 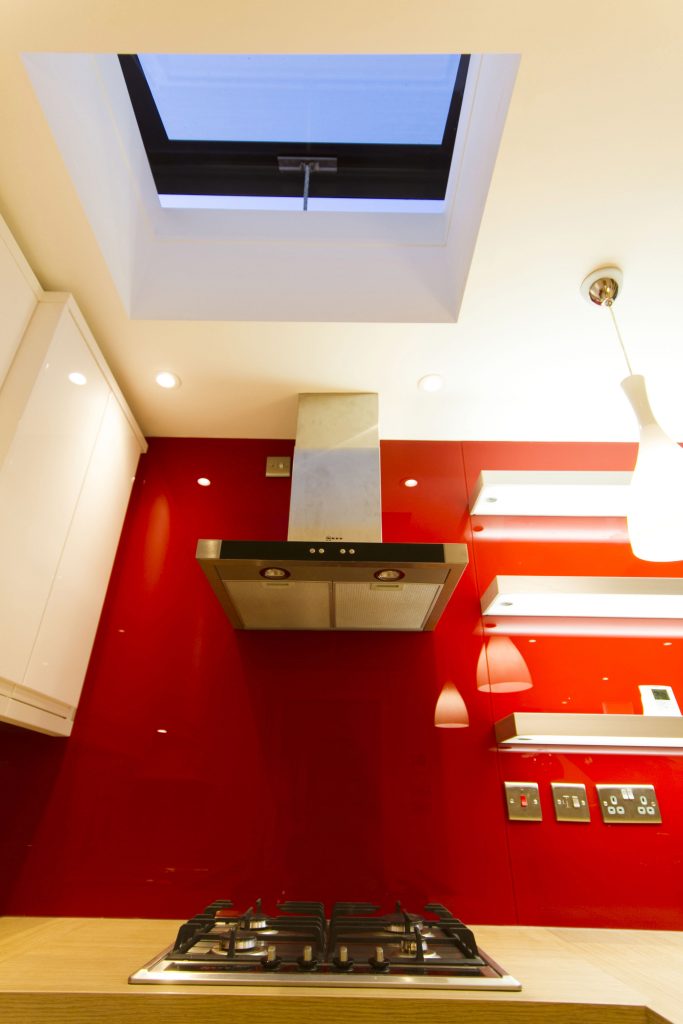 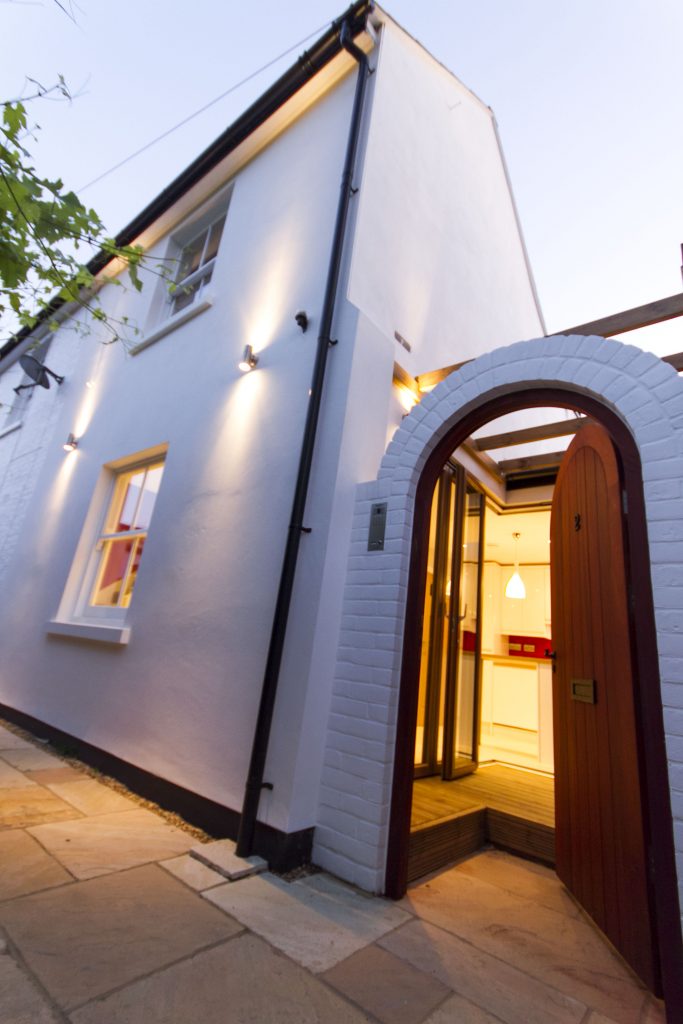 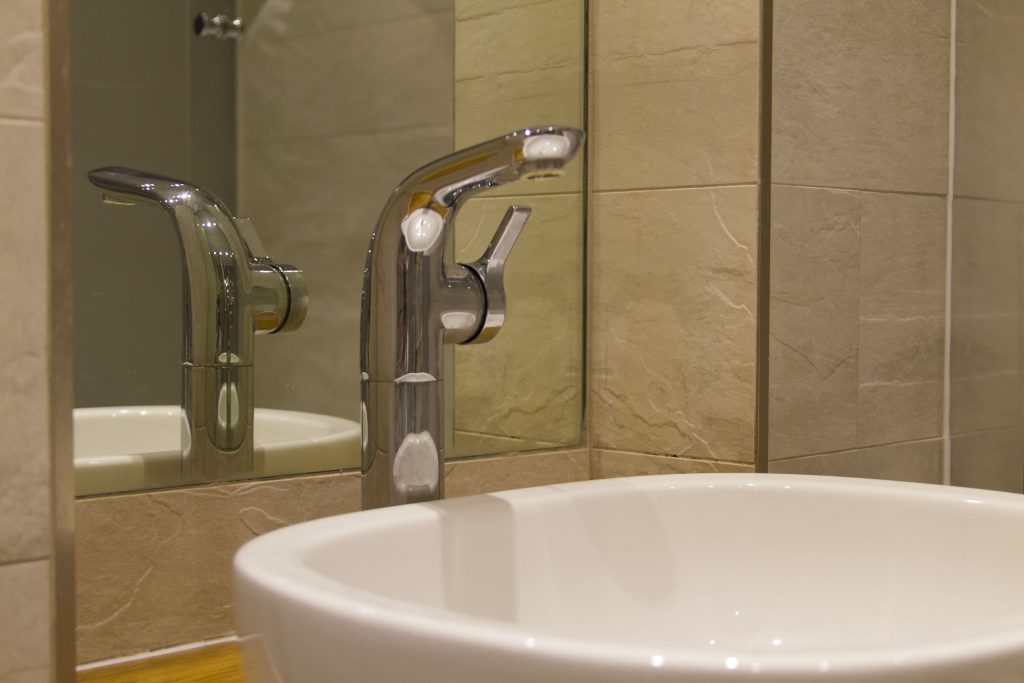 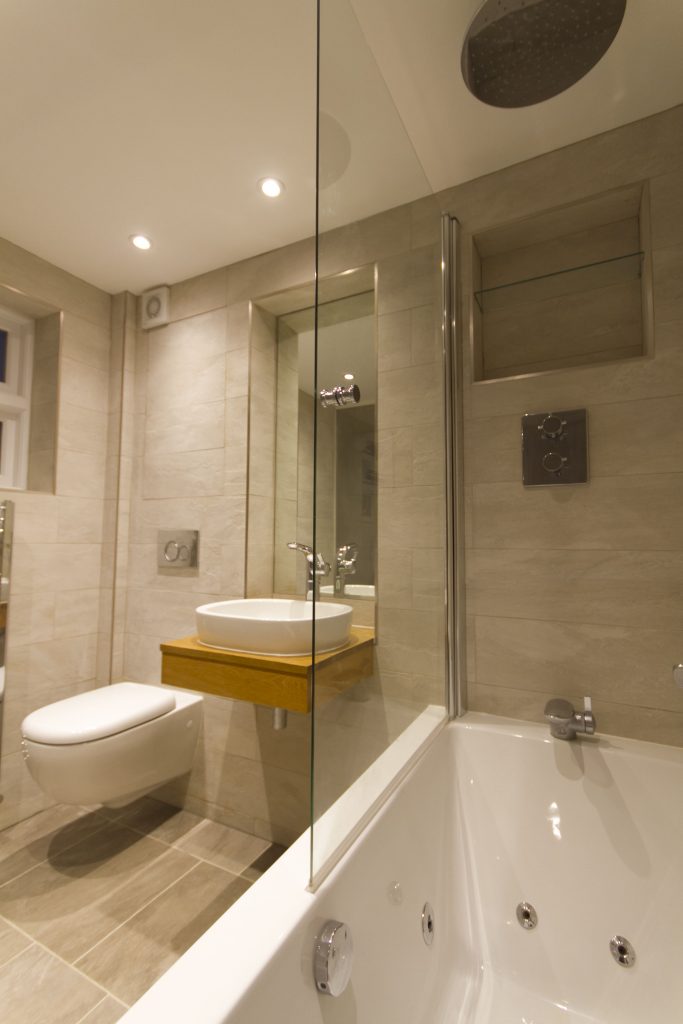 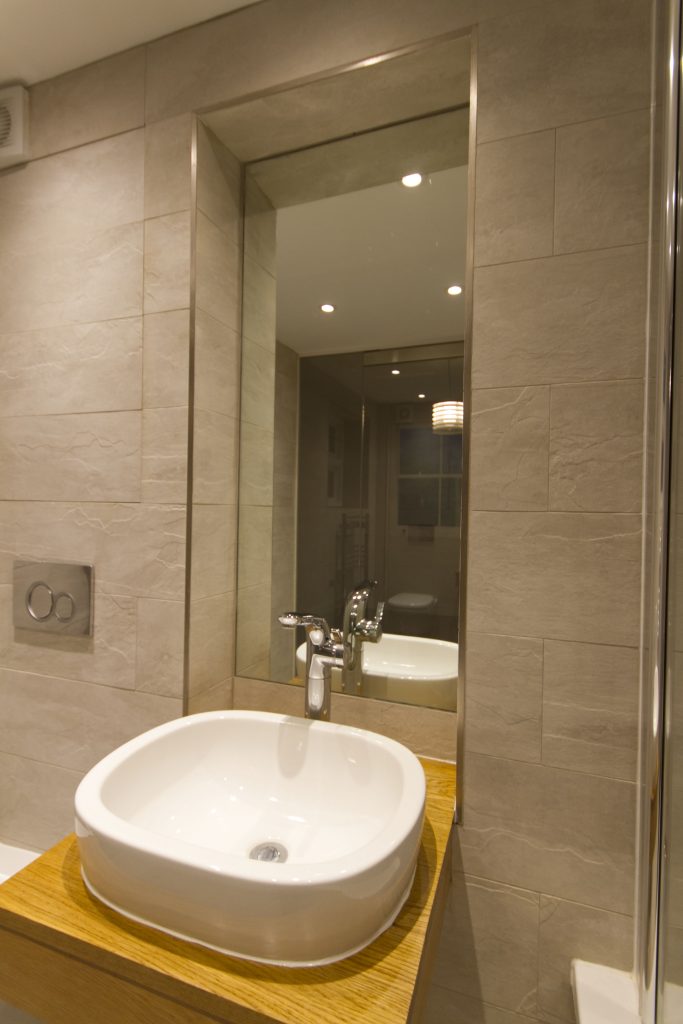 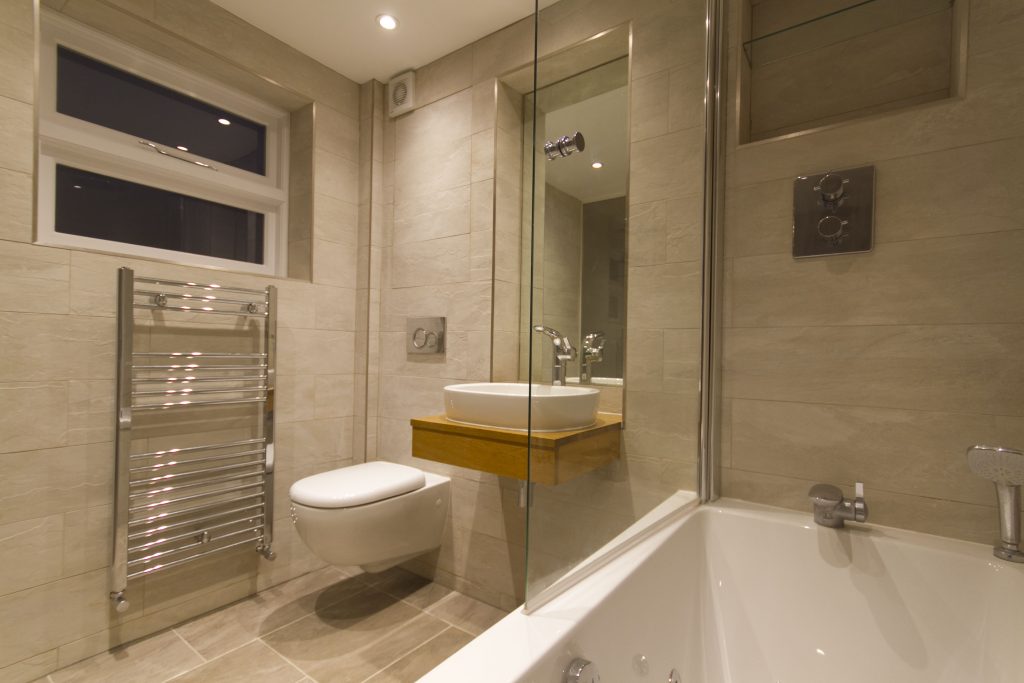 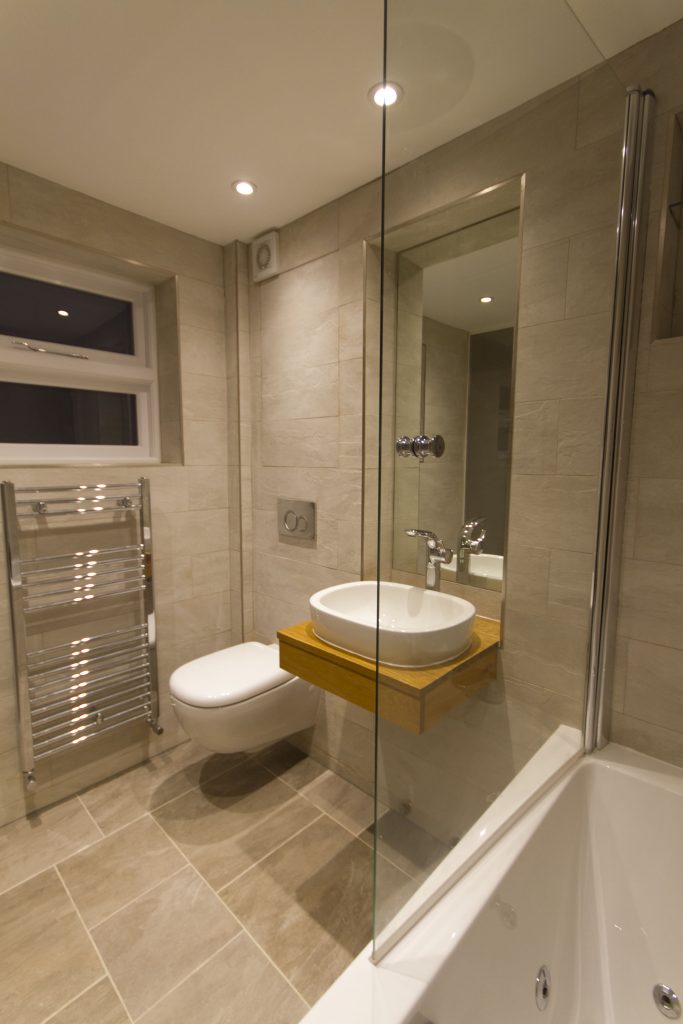 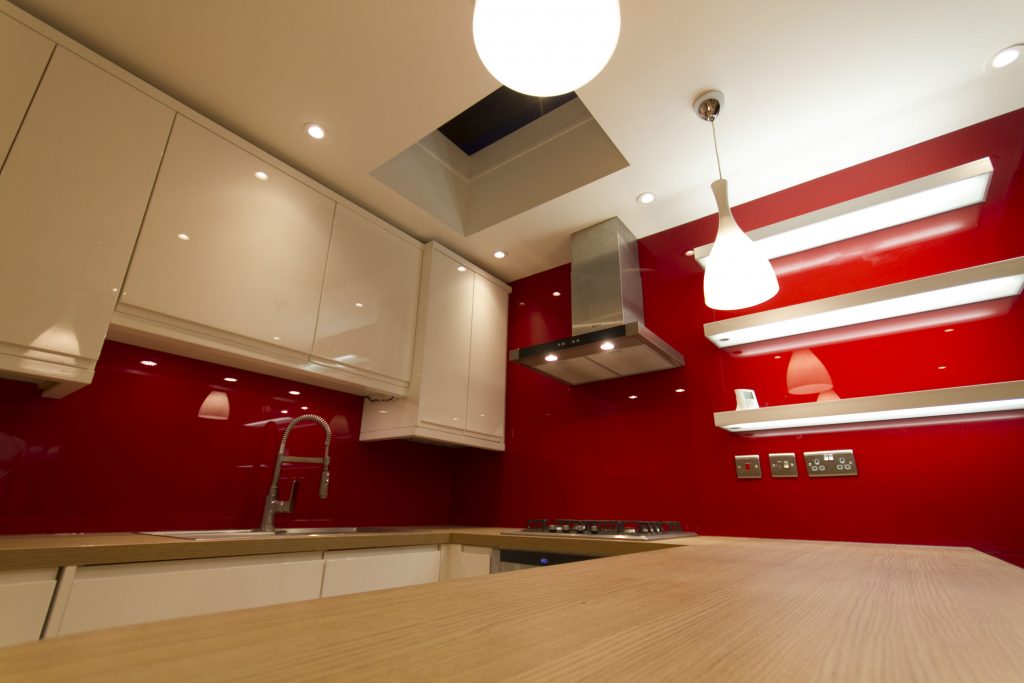 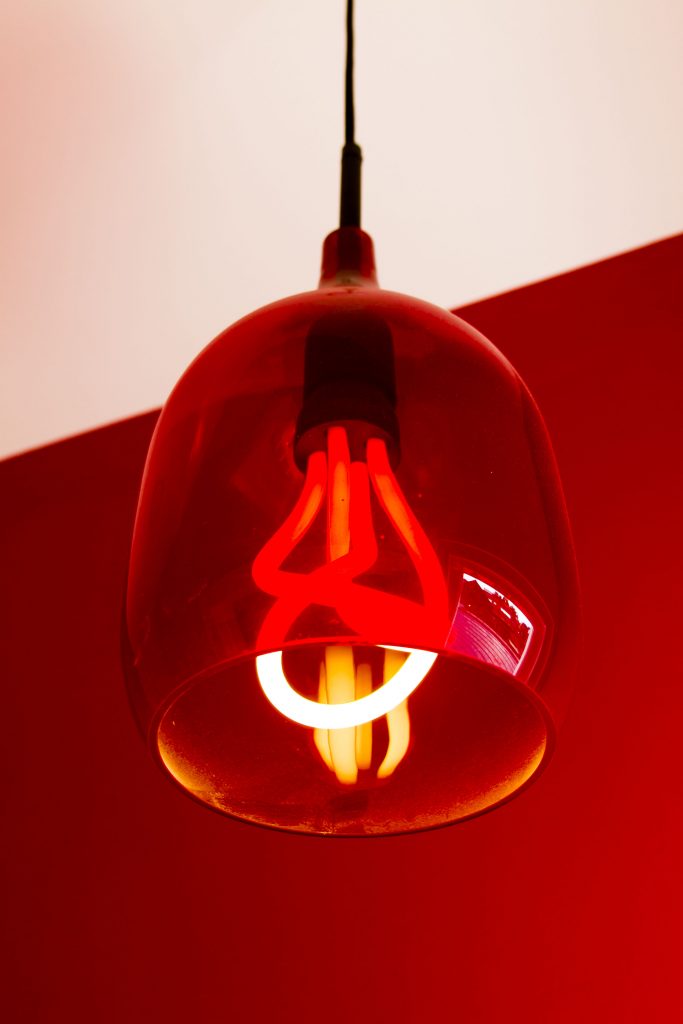 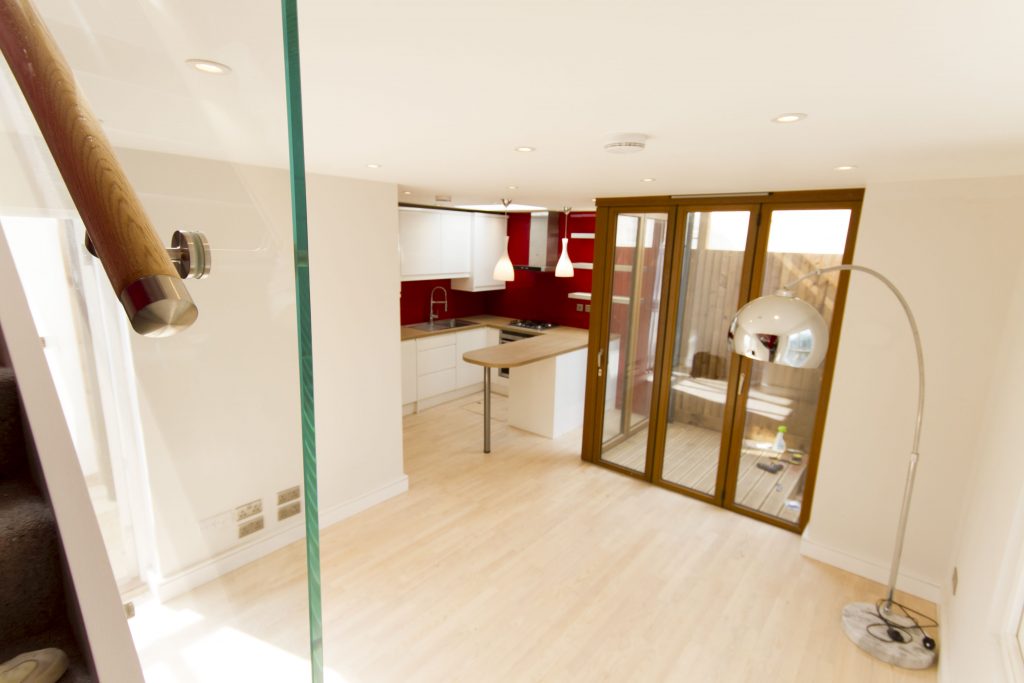 The inspiration for the project was taken from the couple themselves, Andy & Mari. Andy worked for the BBC and his Mari, from Japan, worked as a therapist. Their home was crowded with imagery of Japan, traditional screens, lots of collectables and nick knacks – and their beloved house cats.

We quickly settled on the Zen feel (given the couples clear love of the Japanese style) – looking to increase lighting, adjust the entrance process, and open up the space to allow natural light into the dark spaces. Bold use of a deep red was used to anchor the ground floor, highlighting the modern new kitchen and breakfast bar, and the staircase up to the private first floor.

The house was split in two – whereas before the work, visitors would have to work their way upstairs to find the bathroom, which was only accessible by going through Andy & Mari’s bedroom. So I ensured that a compact WC was included downstairs, neatly tucked into a corner while still opening up the ground floor. The open plan ground floor linked the new kitchen which was squeezed into a new side extension.

The bold changes to the house came in several areas:

As the interiors took shape, the client asked us to extend the concept towards the garden which was separated by a path which was the primary access route for two more cottages in this odd little N. London mews. A comfy garden office was provided (space for Andy’s piano), which was connected back to the main house with an orangery which oversailed the path and linked with the new fencing and finishes. A landscape architect was then brought in work up the final finishes selection, all based on the concept we presented.